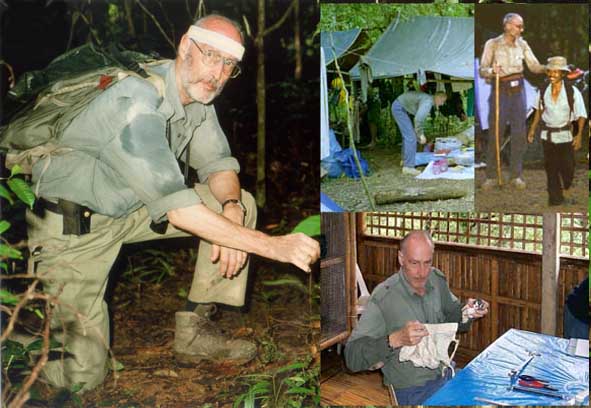 Research:
1950 –      Comparative behaviour research and population ecology of songbirds, with emphasis on visual mechanisms (enemy recognition in birds, prey recognition in reptiles), the functional organization of complex activities, ethometry. Research trips to Southern Macedonia (1958), Spain (1960), Galapagos (1962/63), Jamaica (1969), Panama (1979), Tonga (1990), Fiji (1990/91), and Philippines (1993 – today).
1963 –      Studies on the behavioural and morphological phenomorphism of neo-tropical hawkmoths and the measurement of the selective coefficient of larval phenomorphs; stochastic determination of intra-specific behavioural variation of a Jamaican lizard. Sociobiology and life history of parental care in songbirds.

Books:
– Doctoral Dissertation (1959, Parey, Berlin, Hamburg)
– The Ethology of Predation (1976, Springer). A review of the ethology and behavioural ecology of predator hunting strategies.

Public education, lectures and seminars, e.g. “Models in biology” together with K. STEINBUCH on the European Forum at Alpbach (Austria).